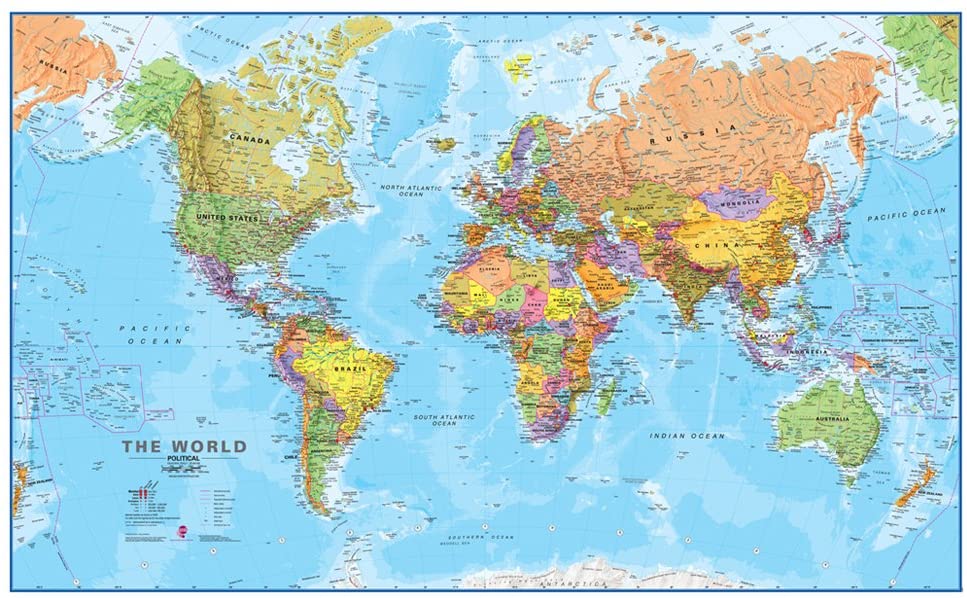 How many countries have you visited?

A while ago, I have cautioned my readers not to get too bogged down in the so-called “country count”, in other words, not to travel for quantity but rather for quality.

I still stand by that recommendation. However, after a certain point, you do accumulate a good enough number of visited countries that people start asking you about it. Or, perhaps, you want to mention it in a conversation (not to brag, of course!) And let’s not forget that counting countries has become something of a sport for the members of the so-called Travel Century Club – an unofficial organization of people who visited 100 or more countries.

So it’s only natural that you’d want to know your own country count. But wait a minute… How do you actually count them?

What defines a country?

Well, if you go by the Travel Century Club list, you will probably be pleasantly surprised at your own breadth of travel. Apart from the actual countries, it includes tons of islands and territories that are not. I mean, islands like New Caledonia do deserve being mentioned as a separate countries – they are far away from the metropoly (France in this case), and have a high degree of self-government. But what about places like Ibiza? Or Sumatra? Or Sarawak? None of them have any attributes of a country. If you go that route, you might as well include every US state in the list, and Travel Century actually does that with Hawaii and Alaska. Heck, by its standard, I have been to 110 “countries” myself at the latest count!

On the other hand, you can be very conservative in your country count and include strictly the “official” countries, i.e. UN members. That could leave you with a significantly smaller number. After all, even Taiwan, the Vatican and Palestine would be excluded from your list, not to mention any overseas departments, self-governing territories and colonies.

You could go by the countries with their own passport. That would include Taiwan and a few others, but also include a few unrecognized countries, such as Transnistria and Northern Cyprus as well as places such as Hong Kong but still exclude territories with a high degree of autonomy and remoteness, such as the aforementioned New Caledonia or Puerto Rico.

I have actually thought about it for quite some time and would like to propose a slightly different yet inclusive method of counting countries. I’d call it the “autonomy/sports”, where on top of de facto independence (whether UN-recognized or not) or a high degree of autonomy I’d add the criteria of independent representation by the International Olympic Committee and/or FIFA due to football being the number one sport in the world.

Here’s the list of countries based on this method:

5) 4 countries of the United Kingdom (this was the point of biggest contention for me, as their political autonomy is not that different from many other provinces and territories not on this list, but I had to include each one due to their wide independent representation in many world sports such as football, rugby, cricket, etc.):

6) 19 territories that are not independent states but have independent representation in IOC and/or FIFA:

7)  32 other overseas and highly autonomous inhabited dependencies of other countries not independently represented in official international sports:

8) Antarctica. No, it isn’t a country contrary to what some of the governments might have you believe, but with its landmass, significance and difficulty to reach, it would be a travesty if you couldn’t include it in your country count. I would not count Antarctic territories of individual countries due to lack of international recognition of thereof.

As you can see, with 259 countries, this list is still pretty big!

Hopefully it makes more sense that just some arbitrarily thrown-in distant regions. And if you really want to boost your country count, spend as much time in the Caribbean where almost every little island counts as a country! (unfortunately, island hopping in the Caribbean isn’t exactly synonymous with budget tourism).

Some of you geography buffs or extreme travelers might be ticked off by the omission of some very remote islands from the list. For example, what about Easter Island? Galapagos? Socotra? Andaman and Nicobar? Kerguelen? Well, none of them have a high enough degree of autonomy from their country to be considered a country in its own right. And as for Kerguelen, even with its miniscule winter population, it’s not permanently inhabited. For the same reason the militarized US Pacific atolls, such as Wake of Johnston cannot be included but Northern Mariana can.

I did not include individual Arab Emirates, as Travel Century Club did. They each might have a high degree of autonomy, but the country is called the United Arab Emirates. Otherwise, you could argue for the inclusion of each US, Australian, Mexican or Indian state, Swiss canton, Canadian province… you get the picture.

Even inclusion of French Overseas Departments was questionable, as they have basically the same status as the departments of mainland France. It is due to the independent football representation of New Caledonia, I had to include other overseas departments as well, even though they are less autonomous as sports entities.

What counts as a visit?

Of course, to say that you’ve visited a country, certain criteria should apply. For example, unlike Travel Century Club, I would not consider visiting a country if you never left an airport or a train station on its territory or simply visited its territorial waters on a cruise boat or a yacht. You should at least spend some time, although not necessarily a night, outside a transport hub and set foot on its soil if travelling by sea. That, by the way, helps me include South Korea in my own list. In case you are wondering, my current count based on the above methodology is 95. So not quite the complete Century yet.