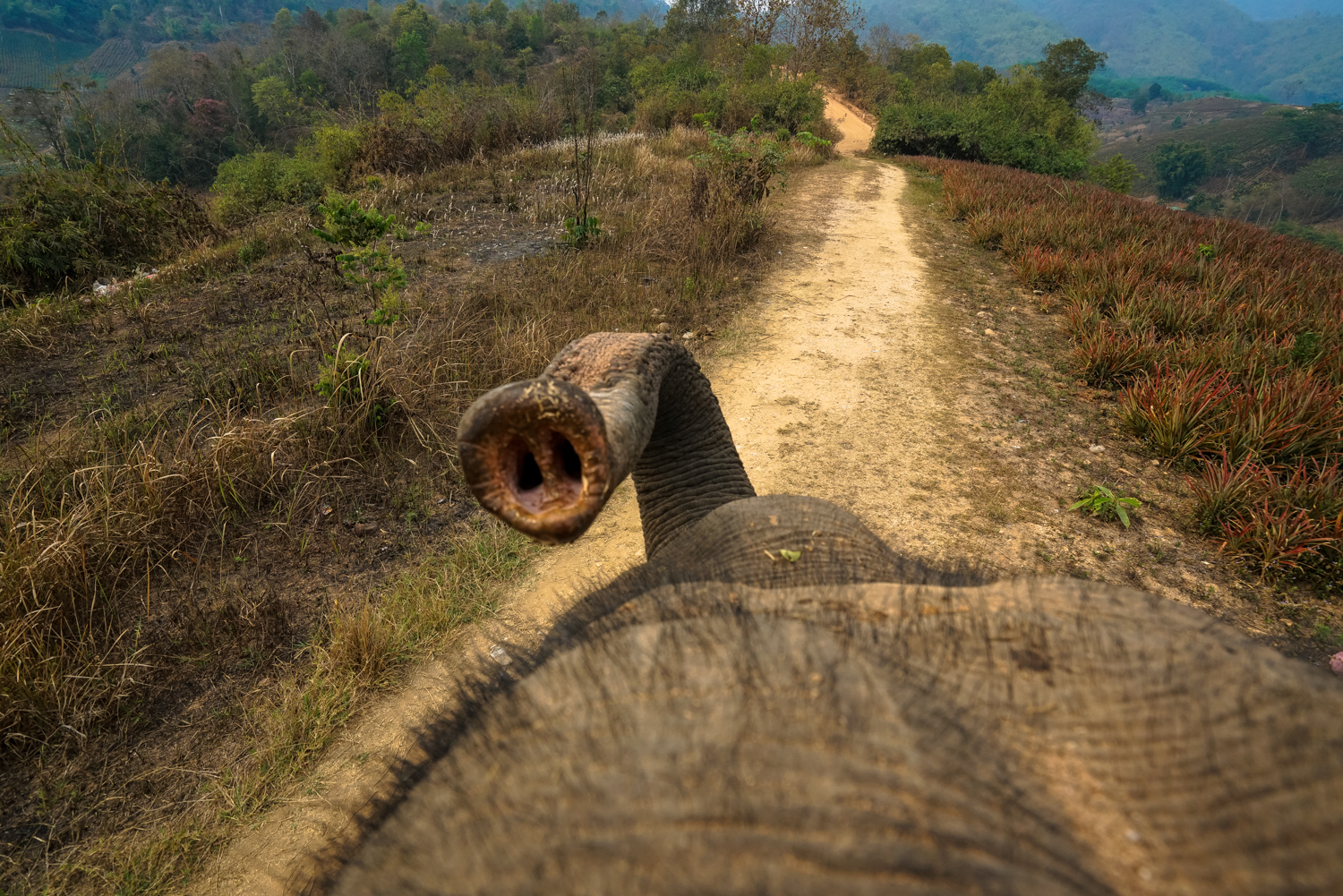 Recently, I had a chance to spend an hour riding an elephant in a village near Chiang Rai, in northern Thailand.

Some of you progressively-minded readers might gasp in horror – how irresponsible of me. Don’t I know how awful it is for the animals’ spines and how badly these elephants are treated in the camps?

Well, the latter statement can indeed be worrisome. There have been plenty of reports, in every country that is home to Asian elephant, of bad abuse and mistreatment of the beasts. And that is a concern indeed. However, these elephants are domesticated animals. And they are capable of enormous strength and destructive power if they are allowed to follow their rage. Therefore, it is necessary to use certain domestication methods. These methods are not new – isolation from herds, physical discomfort and beatings have been used for centuries to subdue these elephants into submission. We can debate all day if it’s right or wrong, but the sad reality is that thousands of elephants do live in captivity, and with that will always come a degree of subjugation that may propel animal rights activists into a tizzy. Rules, regulations and overseeing agencies have been put in place to control and monitor the situation, and I have myself witnessed the care these elephant sanctuaries take to make sure they don’t appear as bad guys.

One widespread result of the light that has been shed on the elephants in captivity in Asia is that there are much fewer elephant camps that actually do offer rides now, at least in Thailand. Instead, tourists are invited to spend time with elephants, feed them, wash them – all for a hefty fee, of course, that allegedly goes to elephant care needs.

What about riding? Well, there are still places you can do it. And do it you should, but with one caveat: do not ride in a basket, or howdah. It can weigh several hundred pounds, and on top of that, it can hold 2 to 4 riders. Now that is heavy.

And that’s exactly what I did. There were no ropes to hold on to. As the animal walked slowly, its body kept swinging and swooshing underneath me, making it a real challenge to hold in. While the skin of the elephant is not as rough as it looks, the hair on its neck and the back has the consistency of a coarse brush. The ears, constantly flapping, made it difficult to use them as handles for staying on. Every so often, the creature would stop and rip off a few tree brunches for a snack, sometimes hitting me with some of them accidentally.

But that’s the experience I was looking for. The raw, the intimate contact with the elephant. Yes, it was a decent physical challenge, but I felt like I really learned about that particular elephant, without many words from the mahout. I could tell its demeanor, and perhaps its personality a bit. And as for the strain on its neck, a 90 kg man for a 3-ton beast is hardly more effort than carrying a kitten for an adult male.