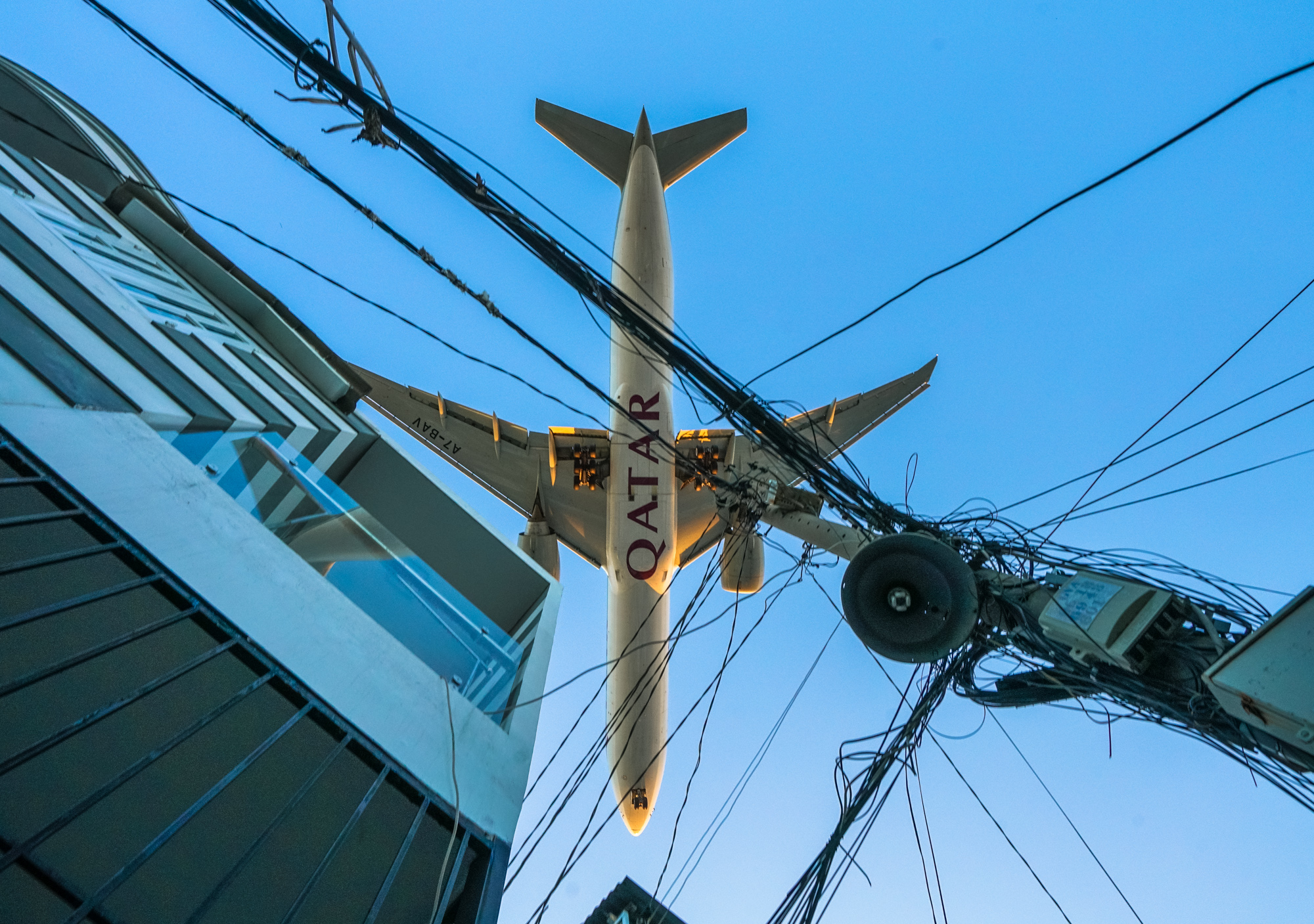 From The Story of a Photo series

The district of Go Vap in Ho Chi Minh City is adjacent to the Tan Son Nhat International airport, and I have seen mind-blowing photos of landing airplanes nearly touching the roofs claimed to be taken there. Some of them looked almost unreal – I actually thought there was photoshop involved. Surely, people can’t live THAT close to the runway, I reasoned.

So it was only natural that I had to see it for myself. Go Vap is quite a distance away from the centre of Saigon and District 1 where I was staying. Fortunately, there is an airport bus that takes you there. It takes about 45 minutes before you reach the vicinity of the airport, but of course, you have to get off before you would be taken to the terminals.

If you look at the map of Saigon you would see that the airport is completely surrounded by the city – I suppose when it was built it was on the outskirts but nowadays the metropolis has grown much larger than when the airport was built. There have been talks of moving the airport to a new location way outside the city limits for years, but for better or worse, that has not quite materialized yet.

As most Saigon neigbourhoods, Go Vap consists of a couple of main streets and myriads of hems, or alleyways, where people actually live. As I roamed around the hems trying to find myself as close as possible to the runway, I could see and hear planes landing every 2 to 3 minutes. What a life these people have, I thought, as I kept getting lost in the many cul-de-sacs of Go Vap. Most of the planes were smaller regional jets or turboprops, but every now and then, there’d be a bigger plane landing. Still, I wasn’t anywhere near a perfect spot for a picture – the planes kept playing hide-and-seek with me, visible in narrow strips of sky one millisecond and immediately hiding behind roofs before making it to the runway.

Then suddenly I found it. It was a relatively open space, and this particular cul-de-sac was literally abutting the fence surrounding the airport. Naturally, as it was very much a part of the neighbourhood, it was still built up with your typical Vietnamese urban homes.

And as soon as I realized this was the spot, I heard the roar. I knew it was a big one before I saw it – landing planes tend to come out of nowhere in the sky. This massive Qatar Airlines Airbus just suddenly appeared, preceded by the deafening noise which became almost unbearable as I took a few shots of it aligning perfectly between the buildings directly above my head before making the landing just behind the fence. As they say, it was all about location, location, location. And once I found it, the pictures I had previously seen all made sense. It was not Photoshop after all.