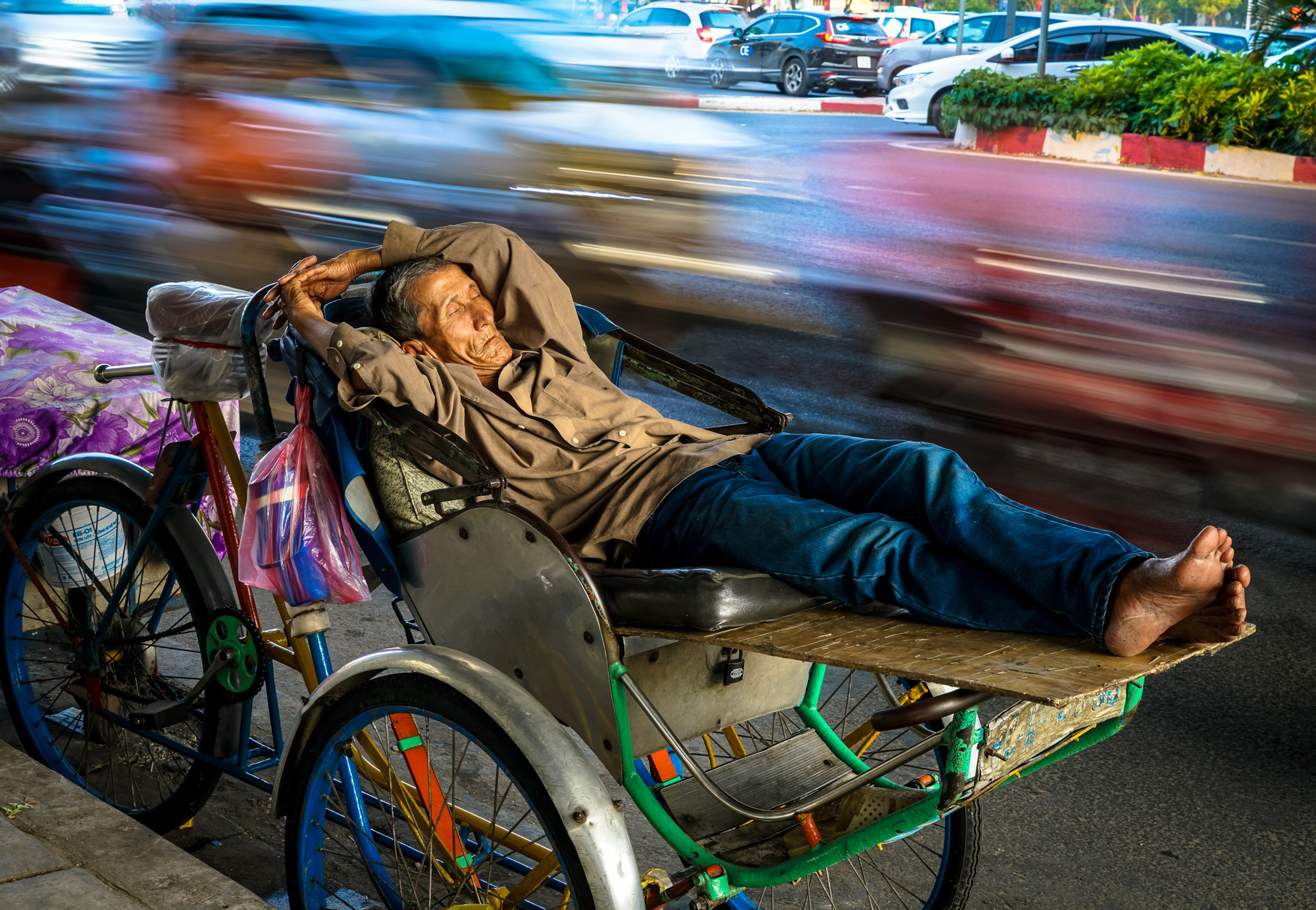 I must have passed this man by a dozen times. There was a road bridge over Vo Van Kiet street in Saigon a couple of blocks from where I used to live, and I’d walk along the street often to get coffee or a beer or simply to do some shooting in the centre of District 1, and he would almost always be sleeping on top of is bicycle rickshaw in the same exact place.

Vo Van Kiet is a very busy road, lined with businesses on one side and a river on the other. By Saigon’s standards, it’s almost a freeway, constantly buzzing with hundreds of motorbikes and cars.

And yet this old man on his beaten up old bicycle rickshaw, or xe ôm, as it is known in Vietnamese, always seemed to choose this busy road, under the bridge, for his naps. They say, Saigon xe om drivers have lots of stories to tell, as many of them happen to be the old veterans from the American war. I am sure this guy does too, although I never got to talk to him. I just took a few pictures of him resting as the midday traffic buzzed by in its usual hurry. I hope he doesn’t mind. After all, he, as well as other xe om drivers in Saigon, are almost an attraction in their own right.

I used a long exposure, which was possible due to the shadow of the bridge above me, to make sure I captured the stream of traffic that was passing this man within inches of his bicycle. He never moved or twitched, as he probably rested there regularly for many years.

I wonder what dreams he saw under that bridge.