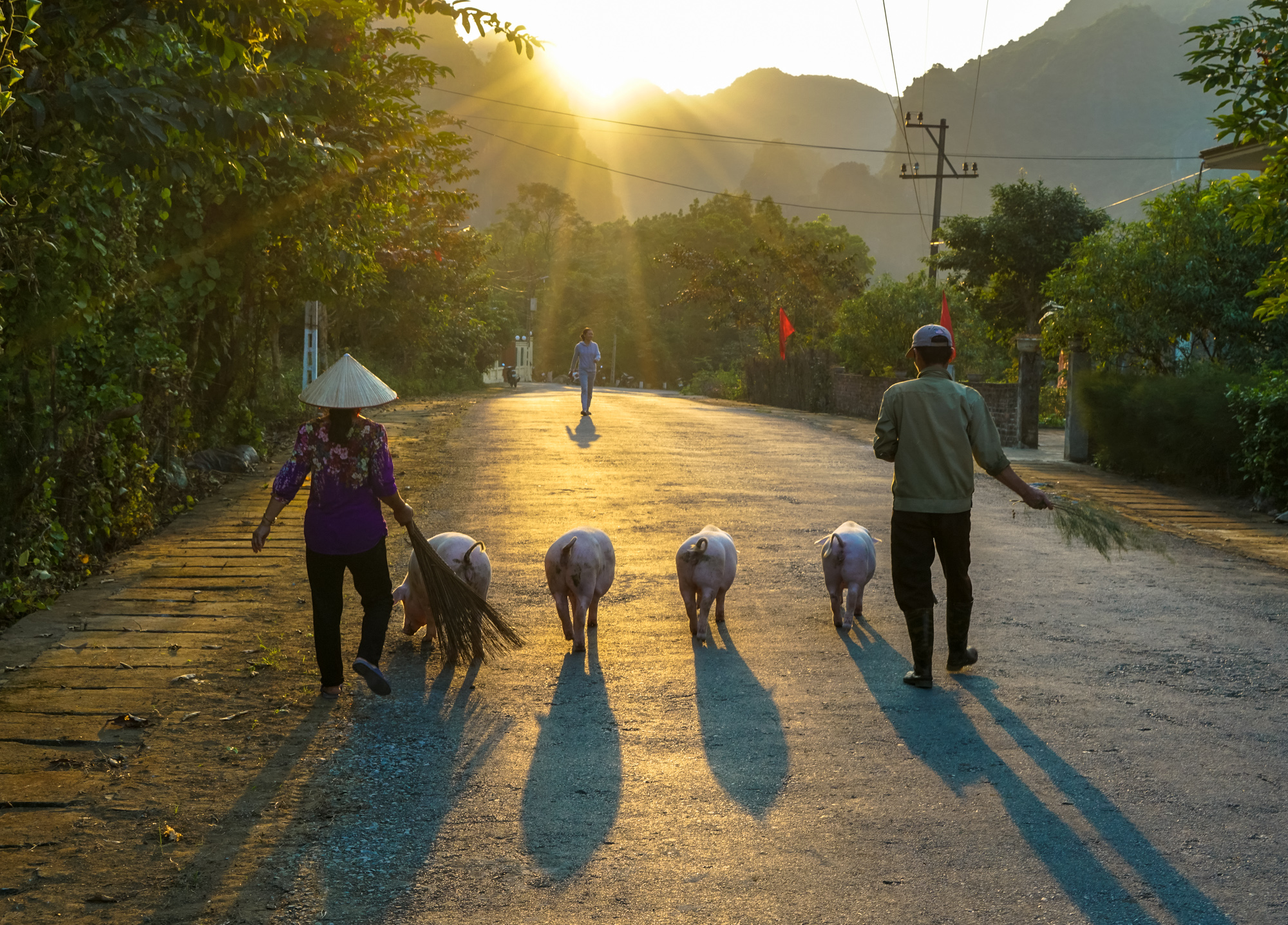 I visited Cat Ba Island roughly a year ago, before the world as we know if changed in 2020 and travel industry went to hell. It was a routine trip from Hanoi, where I was basing myself at that time,  just for a few days. Cat Ba is the largest island in Ha Long Bay and its southern part, Lan Ha Bay is often touted as the less touristy alternative.

And indeed, the reason d’etre for Cat Ba tourism is the boat tours. Mostly day trips, but also a few multi-day ones, almost all less pricey and fancy than the myriads of cruise boats furrowing the waters of Ha Long Bay. Lan Ha is picturesque enough, sure, but after a while, you’ve seen it all and to be honest, I don’t find either bay particularly photogenic without some special effects, be it drone shooting or adding some heavy post-processing.

Fortunately, being a good-sized island, Cat Ba has some interesting stuff on land. Apart from the national park where you can hike the tallest karst peak of the island and a few caves, there is a lively bucolic farming community living there.

As I was returning on the sole road from north to south, the time was nearing that pre-sunset golden hour, and I saw 2 farmers, a man and a woman, perhaps a married couple, herding 4 pigs right along the road. The sight was hilarious – the pigs utterly refused to be disciplined, oinking and scattering every chance they got. The farmers tried to woo them with equally hilarious noises, and of course, an occasional whack of a bamboo twig.

Naturally, I stopped to take a few pictures. It was a challenging shoot, because despite the pigs’ reluctance to be herded, they were still moving along fairly fast, and I had to catch up and literally run around the commotion with my camera, remembering to compose the images at least somewhat. This picture stood out in particular – as the pigs and their minders were heading toward the evening sun, it reminded me those movies and cartoons where at the end, the characters just descend into the sunlight, casting long shadows, signifying a happy ending, or some kind of a bright future.

Well, for some, the bright future that day might have been the pork hotpot, for the world – the year 2020, and for me that evening – a return to my hotel with at least one decent picture.