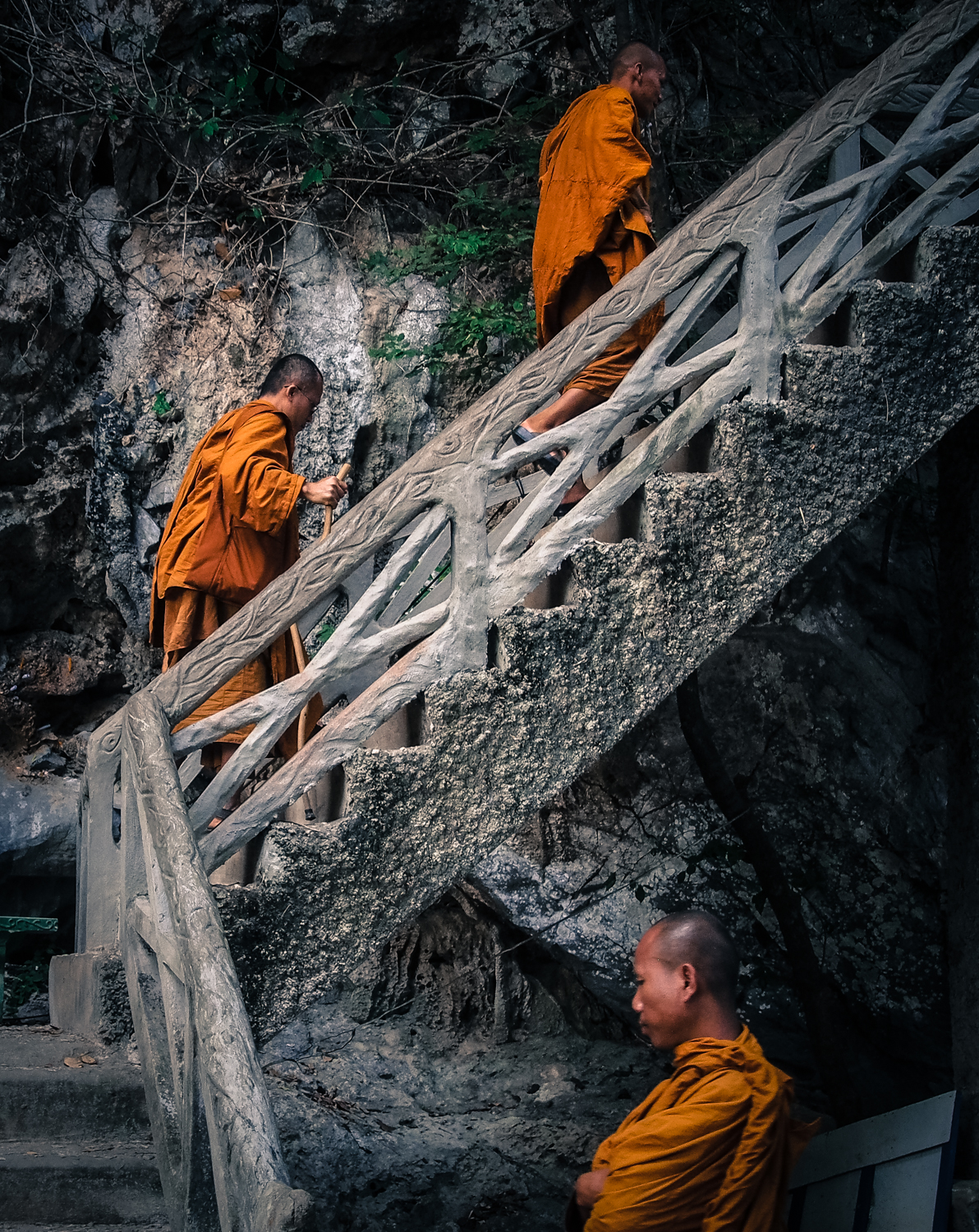 Tham Pha, also known as Buddha Cave, is one of the few attractions around the town of Thakhek on the Mekong River in Laos. It was said to have been discovered just 15 years ago by a farmer, which is hard to believe because its access isn’t really obstructed by anything; in fact, it is not that hard to reach from Thakhek.

I took the obligatory trip there on a rented motorbike, passing the stunning karst scenery on the way there, as is common in South East Asia. The air was muggy and white, there wasn’t really much to photograph except the karst rocks towering above, but after a while, you sort of get used to them and stop taking too many pictures.

The cave itself was quite interesting: it’s full of Buddha statues of various sizes, almost like a highly specialized antique store filled with memorabilia. The space itself is neither too big nor too small, probably big enough to fit an average-sized apartment. I wasn’t allowed to take pictures inside, as it was clearly an intense place of worship.

Therefore, I went back outside and was about to hide my camera when I saw 3 monks going up the staircase to enter the cave. Something about then was so tranquil and harmonious that I still remember the picture I took of them, a simple one yet serene. It’s also one of the few vertical photos I have taken that I actually like.