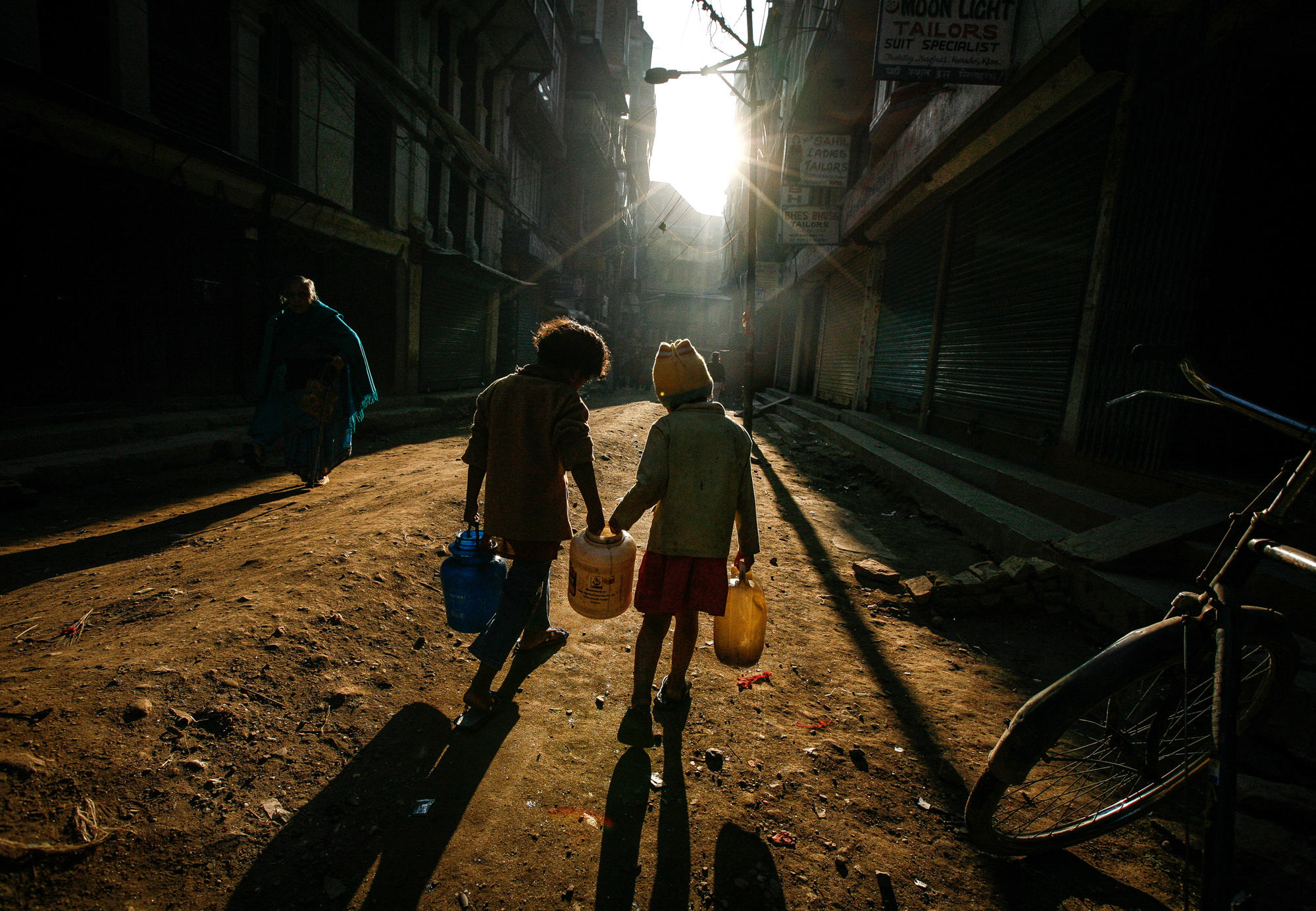 It was early – not even 6 am yet, but the streets of Kathmandu were very much alive. Food vendors were firing up their stoves, small-time merchants began to arrange their goods on the sidewalk, and in general, the people (and an odd cow) were starting to go about their business.

Yes, Nepal’s capital, as most cities in the Subcontinent, are early risers. Unfortunately, that also means that children have to rise early, too. Childhood as we know it is very short in Nepal – starting from about age 4 you are assigned own work chores, whether in the field, the shop or the kitchen. By the time you are 6 or 7, you are full-fledged member of the household, and have to help your parents run whatever small business they happen to have.

The well in the Thamel neighbourhood was a particularly busy place since most households do not have running water. Locals queuing up, exchanging banter, filling up their buckets and off they’d go, probably to return many more times throughout the day. I noticed these two kids, probably a brother and a sister, among the mostly grown-up queue. Their own working day was no doubt just starting, too. They looked and behaved like little adults – with the appropriate seriousness and skill, as they filled up the buckets, no nonsense and all, and then they walked off, clutching the heavy bucket together, to their parents awaiting the fresh water. The sun was beginning to rise from above the rooftops, and it was time to come back to the hotel for breakfast. I took one last look as they were walking into the brightening light and went the opposite way.

1 thought on “The Story of a Photo – Together (Nepal)”