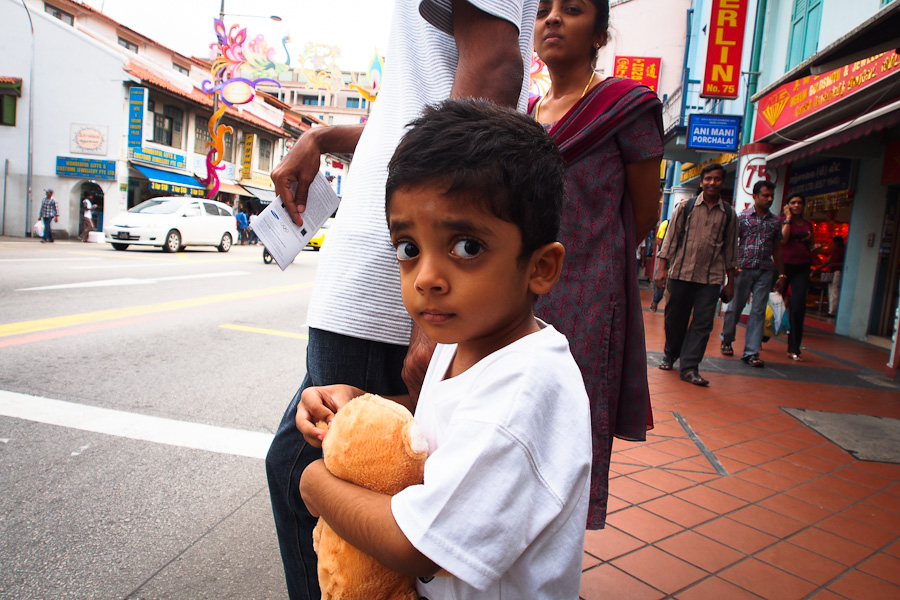 I recently wrote about a major travel mishap that occurred to me on one of my trips to the Philippines. And yes, it was a pretty bad one in the grand scheme of travel (mis)adventures. But that’s the thing though, most adventures are just that – misadventures! Surely, there are pleasant ones, but those are usually pre-planned. A scuba diving trip, a slide down the zipline, a paragliding flight – they are all adventures, of course, but they are all planned and usually paid. True adventures are rarely good, at least at the time of occurrence, no matter what the word “adventure” evokes by itself in your head.

1. Having the Wallet Stolen

I had never had a wallet stolen or lost anywhere on my travels – it’s always in the left pocket of my pants or shorts, thus I can always feel it and know it’s there. Except that time about 8 years ago I was taking the taxi to the airport, in the village of Gunung Mulu, of all places – the gateway to the famed Gunung Mulu National Park in Sarawak, Malaysia. It must have fallen out of the short pocket as I was getting out, preoccupied with my luggage.

It took me all of about 30 seconds to realize it was gone. I rushed back, but the taxi has left, of course. I did not find it anywhere on the sidewalk, either, so it was surely lost in the car, unless someone picked it up during those 30 seconds.

I wasn’t even too worried at that point – I figured there aren’t that many taxis in the village, and with the help of the policeman at the airport, we located the young driver that gave me the ride. Of course, he hasn’t seen anything. I should have known – the Borneo Malaysia, as beautiful as it is, does have a certain frontier, lawless vibe. It was my word against his, and if he said he didn’t see it, there was little I or the cop could do.

All in all, there was about $200 in the wallet. A significant amount for Southeast Asia, not to mention my credit and ATM cards. I had my passport elsewhere, I was still able to border my flight. I arrived in Kuching, the capital of Sarawak, later that evening, literally penniless. Fortunately, I was able to call my Singaporean friend who booked a hotel for me, and also – fortunately – I had an Amex credit card in my passport. I almost never use Amex while travelling, so it took me about an hour of phone calls with the US to activate it for cash withdrawal, but of course, none of the airport ATMs accepted it, so I was still penniless. I had to wait for airport cops for 3 hours to take me to town and to local bank in the back of their patrol car, and fortunately, I was able to get cash at the bank’s ATM. The rest, as it’s said, is history.

A rather similar mishap occurred to me upon my arrival in Bangladesh, also about the same year. First, Air India made me purchase the return ticket claiming Bangladesh would not admit me to the country, even though my itinerary was to carry on overland. I arrived in Dhaka later that evening and went through lengthy border formalities at the immigration offices – I remember the officers being in complete disbelief someone would enter their country voluntarily as a tourist!

When I was finally done, I had to find my luggage which was tucked away at some unattended corner, got some local cash at the exchange that was still open and allowed some taxi tout to offer me a ride. As soon as I sat in the car, I realized my phone was gone. All contacts, notes, music, means of communication – you name it. I jumped out of the taxi, thinking I left it at the immigration offices. I actually ran the opposite way through the passport check back to arrivals where I had been questioned half an hour before.

The officers, naturally, didn’t have it. The advised me to search my pockets again, but I knew it wasn’t there. With all the frustration that had built up, I was ready to give up, cut my trip short, wait for the next flight out at the airport and fly away.

And then it occurred to me. When exchanging money, I used my phone as a calculator, and must have left it at the counter! The second I uttered this revelation to the officers, they made an announcement with the airport PSA and escorted me, all 3 of them, through the passport control back to the arrivals, where the exchange man was already waiting for me with my phone!

What a relief that was. Never mind that by that time it was almost midnight and it proved very hard to find an accommodation in Dhaka that was still accepting guests let alone foreigners. The trip went on, with me and my phone in hand.

The year was 2006, and I was on my first trip to Southeast Asia. Back then, pretty much every trip to the region began and ended in Bangkok, and most likely – on the (in)famous Khaosan Road. Yes, the very one from the film “The Beach”. Granted, it wasn’t quite as shady, dark and alluring in 2006 as it was in 1996, but it was still very much the backpackers’ Mecca, with every need, want or desire attended to. Today, Khaosan Road is no more, at least nowhere near what it was even 15years ago, but that’s another story.

Of course, in 2006 it was teeming with travel agencies in every building. And of course, I wanted to visit the famous Angkor Wat “just across the border” in Cambodia, for the advertised price of about $10. Too good to be true? You bet.

The Khaosan Road – Siem Reap “bus” scam was quite famous, although obviously not to me at that time. The bus company takes you very comfortably to the Cambodian border, after which you cross it by foot and change into a far less comfortable bus on the other side. And not only it was uncomfortable, it deliberately took the travelers along an extremely bumpy dirt road. The trip of 120 km took about 8 or 9 hours. There were stoppages, tire changes, dinner breaks – it’s as if they didn’t want to take us to our destination at all.

By the time we arrived in Siem Reap, it was after 3 am. And that’s when it became clear what the trick was all about. Instead of dropping us off in Siem Reap town, the driver and his crony took us to the designated hotel on the outskirts, claiming everything else was “closed”.  Of course, the driver and his crew would get a hefty commission., or perhaps it was owned by their family.

To my surprise, all the passengers reluctantly agreed and got off the bus. All but 2, that is – a Danish guy and myself. We refused and demanded the driver took us to the centre of Siem Reap. The driver and his friend got very agitated, threatened to drop us off in the middle of nowhere, but finally they gave up and dropped us at the centre. It was almost 4 am, but we were able to wake up some hotel guy sleeping outside in a hammock, let us in and take a long-awaited rest.

I went to Argentina way back in 2004 – in fact, it was my first backpacking journey. Of course, I focused on Patagonia, the sheer name of which evoked images of wild and breathtaking frontiers waiting to be explored. And it was all that I expected – the scenery, the emptiness, the adventure – from Ushuaia to Mendoza. I diligently documented my journey with my newly acquired Pentax Optio digital camera with a whopping 3.2 megapixel’s of resolution.

I bought that camera, among other reasons, for its compactness – in fact, it was so tiny, it easily fit into an empty Altoids tin. Which is exactly where I carried it. It was my first digital camera.

Unfortunately, its very size played a trick on me at the end. On the way back, I left the camera in the seat pocket on my flight home and forgot about it. After I finally remembered, it was either long gone or somenbody from the airline pocketed it, quite literally. Either way, I never saw that camera again or any of the photos on it.

To make matters worse, a couple of weeks after I returned, a laptop with the pictures from that trip that I did manage to download was stolen from a rental car in San Francisco. Yes, I’ve learned a lot of lessons that year.

My visit to Cebu about 10 years ago was my first trip to the Philippines. I went scuba diving with thresher sharks in Malapasqua island, checked out some beaches and some of Cebu City’s urban sights. It was a short trip, and on Monday morning, I had to return to Singapore for work.

That’s where I made a mistake of hiring the wrong taxi to the airport. It was a very old driver with a very old car, but I thought, what the hell, how bad can it be considering the airport was not that far away, or so I thought.

Wrong. The taxi couldn’t move faster than about 30 km/hr for starters, and the driver was very timid in traffic, which makes sense since his car was uncapable of passing a jogger.

Long story short, I got to the airport, all unnerved out and agitated, 30 minutes before the departure of my flight. The check-in desk was closed, with just a lone woman still there, telling me I missed the flight.

But this mishap had a happy ending, for a change. Either the woman took pity of me, or perhaps there was somebody else late to the plane, but she wrote the boarding pass by hand for me and personally escorted me through the passport control and to the gate. I jumped into the plane, the doors closed, and I avoided a very unpleasant conversation with my boss.