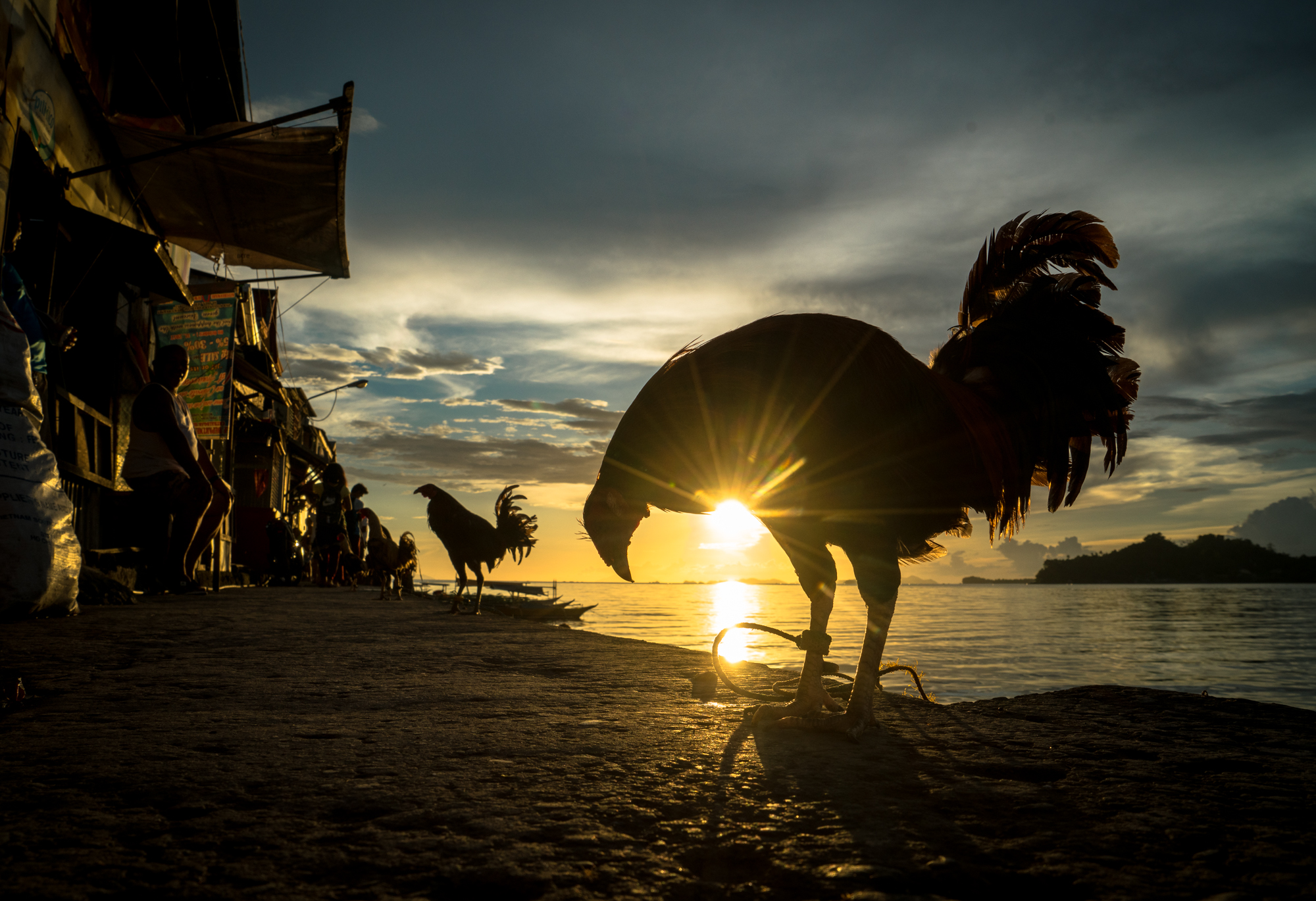 In travelling, and in travel photography, sometimes you encounter those “perfect” moments of light, place and atmosphere. You know, when everything kind of just feels perfectly balanced, perfectly calm, and all set for some good pictures.

I felt exactly like that when I, completely by accident, “discovered” Barangay Seawall, the waterfront neighbourhood in the city of Catbalogan, on the island of Samar in the Philippines. Since the city faces west, I knew there was potential for some good sunset scenery, and I spent afternoon wandering around. At some point, I climbed a nearby hill for some decent views of the city and the adjacent harbour, and another local neighbourhood on stilts located fully over the water.

When I say “city”, you have to understand that it doesn’t look like a Western city. There are buildings and roads, yes, but most of the population lives in the so-called barangays, or neighbourhood communities, some of them extremely poor. Just a day before, I was shooting in Barangay Anibong in the nearby Tacloban, which was all but wiped out by a typhoon a few years ago. There are certainly similar communities in Catbalogan and any other Filipino city.

But this was not your ordinary neighbourhood. Every evening, its residents are blessed with spectacular sunsets, and this was just one such night. The light played each and every way you looked, from the rich shadows on faded but still colourful walls, to smiles of everybody I passed along the way, to the silhouettes of a row of roosters tied to the narrow embankment.

Now, you see roosters everywhere in the country – they are used for cockfighting, a Filipino pastime. But in that moment, I was mesmerized by the moving silhouettes against the setting sun. As men were having their “Red Horses” and curious kids were congregating around me with laughter, I snapped a few shots of the cock pecking at the last bits of the setting sun.